2020 Board of Directors Election

Cast your vote for the next leaders at WVC

Participants who attended a WVC event from February 21, 2019, through February 20, 2020 are automatically members of WVC through the 2020 annual meeting. Participants registered as a Veterinarian are eligible to vote for two candidates for the office of Veterinary Director, serving five-year terms, and one candidate for the office of Vice President.

Voting will begin on Sunday, February 16 at 1:00p PST and continue through Tuesday, February 18 at 4:00p PST. During this time you will receive an email with a link that is unique to you. This link may be used to vote once and cannot be forwarded to others.

If you experience technical difficulties or do not receive an email and think you meet the eligibility requirements, please contact WVC for assistance at support@wvc.org.

The newly elected Board members will be officially welcomed at the Annual Informational Meeting on Wednesday, February 19 at 9:00a.

Select one from the following candidates for the office of Vice-President.

John Burkhartsmeyer is from Chinook, Montana. He attended Colorado State University from 1968 to 1976 receiving a BS and DVM degree. After graduation, John practiced in Sioux Falls, SD for one year. He then practiced in Helena, Montana for nine years before moving to California. In 1986, Dr. Burkhartsmeyer moved to Newhall, California where he continues to practice. He was elected to the Board of Directors of WVC in 2015 for a term of five years after serving as a moderator at Annual Conference for many years. He is an enthusiastic fan of the Oquendo Center where he continues to take classes, mostly in surgical techniques. 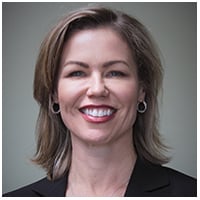 Dr. Debbie White received both her BS in animal science and her DVM from Purdue University in West Lafayette, Indiana. After graduation, she relocated to Las Vegas with her husband and fellow Purdue veterinary graduate, Dr. Kurt Mychajlonka. She has been in practice for over 25 years as a small animal and exotic animal veterinarian. She owns two veterinary practices and is a partner in several other veterinary practices in the Las Vegas area. Since 2008 she serves as “Dr. Debbie” on the weekly national radio program, Animal Radio, where she fields pet owner health questions from around the country. Dr. White has been involved with WVC throughout her career in many capacities and shares WVC’s passion for continuing education and career development. She is especially interested in mentorship roles and the promotion of personal and professional wellness.

Select two from the following candidates for the office of Veterinary Director. 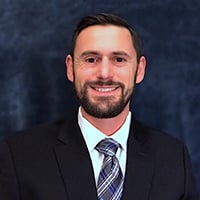 Dr. Miguel Ortiz was born and raised in Guatemala City, Guatemala before moving to the United States. He received his Doctor of Veterinary Medicine degree from the Purdue University School of Veterinary Medicine. Currently, he serves as Medical Director at Munhall Veterinary Hospital in Pittsburgh, Pennsylvania. Areas of professional interest include Preventive Medicine, Chronic Disease Management, Palliative Care, Behavior and Dermatology. When not taking care of patients, Dr. Ortiz likes to spend time with his family and friends. He enjoys traveling, reading adventure books, and is in training to complete a full-distance IronMan Triathlon. 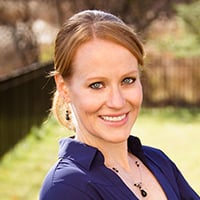 Dr. Megan Skeffington is an associate veterinarian at Cornerstone Veterinary Hospital of Clifton Park, NY. She loves all aspects of veterinary medicine, and has a special interest in soft tissue surgery and endocrinology. She is very passionate about the human-animal bond and making sure that pets are healthy, happy members of the family for as long as possible.

Dr. Skeffington has worked in several capacities of the veterinary profession, including mentoring new veterinary graduates, developing critical skills and has been a speaker and advocate for veterinary communication. She has spoken at WVC Annual Meeting and Recent Graduate Symposium and has worked to develop the new Clinical Skills Training continuing education course at WVC.

Dr. Skeffington was born and raised in Eastern Iowa where her veterinary career started at the age of 11, riding along on farm calls and working in the kennels. She attended Iowa State University, where she obtained her Doctorate of Veterinary Medicine in 2006.

She and her husband moved from Milwaukee, Wisconsin to Upstate New York in 2010, where they enjoy traveling, hiking, and camping with their two Brittany Spaniels. 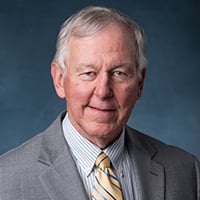 Dr. Michael Whitehair grew up on a diversified farm and cattle operation in central Kansas. He attended Kansas State University graduating with a Doctorate in veterinary medicine in 1974. He was employed in a mixed animal practice for one year before having the opportunity to be a partner in the Abilene Animal Hospital P.A. in Abilene, Kansas (1975-2018). It is a practice serving a diverse clientele of swine producers in several states, plus providing community companion animal, bovine, equine medical and surgical services.

Dr. Whitehair has been involved in organized veterinary medicine beginning with leadership positions with the Kansas Veterinary Medical Association, followed by being elected to the AVMA House of Delegates (1997-2011) and being HAC Chair in 2006-2007.  He was elected to the AVMA Board of Directors District IX (2012-2018) being selected as Chairman of the Board (2017-2018).

He has served on several committees such as the AVMA 2020 Vision Commission, Search committees for CEO’s of the AVMA and several Dean Search Committees at Kansas State University CVM.

He has received awards throughout his career including being selected as the Alumni Fellow representing the College of Veterinary Medicine at Kansas State University in 2018. Election results will be announced at the Annual Information  Meeting.

Open to All Registered Participants

Get the Latest News